Developmental Language Disorder – Have you heard of it? by Catherine Jackson 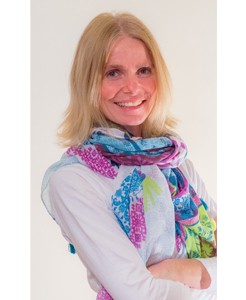 But it’s an important change and it’s important that everyone involved with children with this difficulty are being consistent in its use, so listen up.
Everyone these days has heard of Autism, Attention Deficit Hyperactivity Disorder and Dyslexia so why are language disorders so poorly understood?
In the past, children with difficulties understanding or using spoken language were described as having a Specific Language Impairment; however experts in the field didn’t feel that this fully represented the difficulties that these children were having.

Dorothy Bishop is Professor of Developmental Neuropsychology at the University of Oxford. She has been researching language disorders for longer than I’ve been alive, and has been frustrated with the lack of public knowledge about this disorder and so carried out a consensus study in 2016. She, Maggie Snowling and her team delved into professionals’ opinions of what the definition of a ‘specific language impairment’ and immediately saw the issue. No one could agree.

Yet, SLI was not being used to describe children because ‘specific’ suggests no other issues and of course language disorders can occur with other difficulties such as literacy difficulties. Also, the ‘older’ definition of SLI required children to have a significant discrepancy between verbal and non-verbal abilities and so some children missed out on vital support because they don’t meet the very limited criteria that go with SLI.

So, through an anonymous consensus process, a new term was born: Developmental Language Disorder and I like it because it better reflects the types of difficulties that children have.

So that begs the question: what is Developmental Language Disorder?

There is a really useful handout produced by ICAN, the communication charity, and it’s well worth printing it off and putting it in your Speech, Language and Communication Folder – you do have one right? If you don’t, ICAN has fantastic resources/leaflets for staff and parents and I generally link to a useful PDF every week in my blogs. In a nutshell, DLD is ‘a condition where children have problems understanding and/or using spoken language.” (ICAN) It is a tricky one to diagnose or understand because we don’t yet know what causes it. There’s no medical test, brain scan or blood test that can pick it up, though we do know that there can be a genetic link. 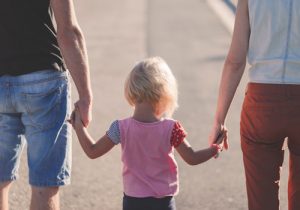 There’ll probably be 1-2 children in every class room who fit the description of DLD so you’ll probably come across it in the early years as children with DLD present early on with communication difficulties. To receive a diagnosis, these language difficulties must persist into school age and beyond. They must also exist without another condition such as Autism Spectrum Disorder, sensorineural hearing loss or Downs Syndrome. These children can, of course, have a Language Disorder associated with another condition that impacts on learning and communication, but DEVELOPMENTAL Language disorder usually is where a child has no other associated known condition.

The reason I like the change in terminology is that DLD can still be given, even if a child has other neuro-developmental disorders, such as dyspraxia, ADHD, and auditory processing difficulties. It should also not be excluded as a diagnosis if there are other risk factors such as neglect, poverty, birth trauma. Previously, these environmental or biological risk factors might prevent a diagnosis of Specific Language Impairment being used.

So, it’s useful to familiarise yourself with this new terminology. As Speech and Language Therapists, we’ve always questioned why there is so little public knowledge around language disorder when everyone seems to know about ADHD and ASD and it is hoped that the new terminology along with promoting awareness will help to change this. So let’s make the rest of 2017 the year that Developmental Language Disorders get put on the map so that the children who have difficulties in this area get the support they so desperately need.

Catherine will be hosting a seminar titled ‘Supporting Language Development in the Early Years: 10 Top tips for encouraging children to talk’. Register to attend today!

Join over 2,500 like-minded individuals from the early years sector who are dedicated to improving both practice and their childcare settings.

Meet the experts to have your questions answered

Network with peers and industry players

Pick up hundreds of new product ideas and services

And most of all, enjoy a great day out with your colleagues

When your secure details are not so secure… by Sarah Neville